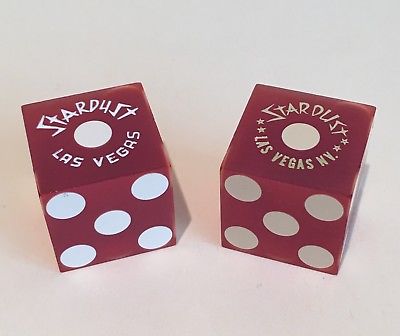 Admittedly, I’m skeptical of psionics and all the associated mumbo jumbo. I do find myself fascinated by it though, often hoping there might be something to it all, only to find myself constantly unpersuaded or unmoved (in the case of telekinesis) by what is put forward as evidence for the phenomena.

I’ve experienced something bizarre recently though which may or may not be worth investigating, yet I feel compelled to at least mention it. There’s a weird situation where some random person frequently tweets about all the same obscure subjects I do, usually around the same time but in a different context. This wouldn’t be all that unusual I guess, but the individual doesn’t follow me on twitter or even know me or interact with me. I don’t even really have anything in common with them. They’re not particularly close to my age.

I frequently tweet about Beverly Hills 90210, but shortly after I followed Jennie Garth on there, this girl made a tweet about how she was wondering if it was true she looked like Jennie Garth (I’m guessing she had probably used that popsugar app which says what celebs you look like.) Then she posted a pic of Jennie Garth with Brandon from 90210 (Jason Priestley) and said that’s her with her “future bf” or something. The reason it’s so odd is that I’m sure this girl has probably never watched the show (it’s before her time.)

In another instance, this person tweeted about Fat Bastard from the 2nd Austin Powers film shortly after I had just watched the movie for the first time in many years.

Another time this person tweeted about going to Jimmy Johns on the same day I had gone there. I frequently tweet about the gross sounds people make when they eat, and she would also tweet about that….

There are probably perfectly logical explanations for what I’ve described above:

1. Even though this person doesn’t follow me, they have looked at my account without my knowledge out of curiosity or something. This is entirely possible.

2. It may purely be coincidence that this person frequently tweets about the same things on the same days I do.

3. Confirmation bias. After accidentally noticing a couple of coincidences, I only start looking for those and ignoring everything else.

4. My own creepified personality and overactive imagination reading too much into things.

This isn’t about anyone that I have any romantic or sexual interest in. Just an ordinary person whom on an a banal level amounts to a passing curiosity (aka they post funny tweets.)

The reason this dubious situation has piqued the interest of my inquiring mind wanting to know though is that it makes me wonder if on some level it could theoretically be possible to be on the same “wavelength” (whatever that means) as someone, and if it’s possible, I’m intrigued about how it could possibly work. If I could figure that out, then rather than it being a seemingly random, novel phenomenon it could be a tangible instrument which could be harnessed, controlled and directed. For that to happen, I’d have to decipher what is actually physically transpiring so that I could potentially replicate it. Of course, I don’t really believe there is any “psychic power” or genuine telepathic effect here. It’s most likely just magical or wishful thinking. Even if it’s just a strange coincidence though, that in itself would have associated probabilities and an equation to go along with it. Understanding all of the ingredients which go into creating the climate for a such a coincidence to occur could lead to a deeper intuition and maximizing one’s odds of being able to affect these events in a more targeted and deliberate fashion.

← Temple For a Sky King
Two Truths and a Lie →