Having a Bontempi Sound 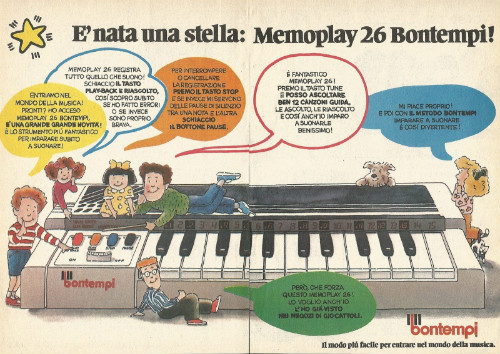 I picked up a couple of vintage Italian Bontempi organs/synths recently, mainly because I liked the design and aesthetic of them (as a brand, Bontempi was not known for having a great sound.) Their advertising was beautiful though and captures a sort of innocence which resonates with the childhood I experienced. I obtained the Bontempi Memoplay (pictured above) which is a pretty limited but unique, “programmable” synth from the late 70s / early 80s. It only has one sound, but it’s a decent one in my opinion.

The other Bontempi organ I got my hands on is the Mod 109. This was basically a really hip and modern looking organ,(mine is orange in color) but in reality it’s just a standard reed organ which produces a sound similar to an accordion. 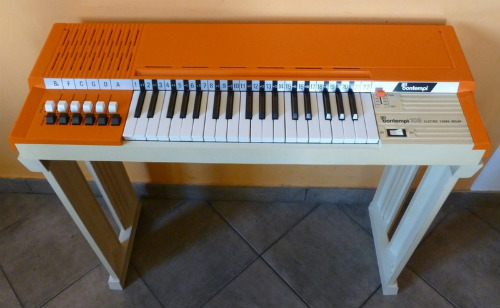 For an example of one the better organs Bontempi produced,(which I was not fortunate enough to be able to find) check out the awesome 1979 Bontempi commercial below. It exemplifies a childhood ambiance and European cultural era that my mind/alter ego fights to recapture every day.

Brandon Adamson is the author of “Beatnik Fascism“