The Truth About “Mystery Shoppers” 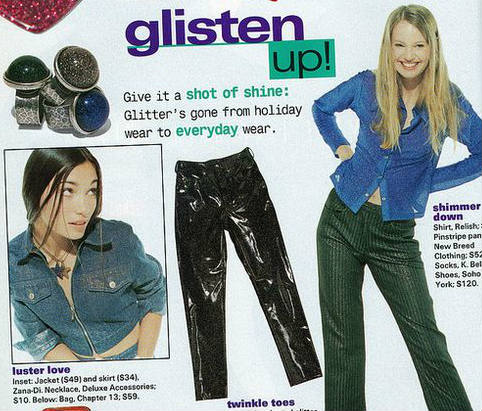 “Mystery shopper” has to be one of the scummiest occupations. The mystery shopper is basically a low level informant, spying on underpaid retail employees and helping big corporations enforce compliance with all kinds of pointless rules and tedious protocol (which smart employees often ignore to maintain efficiency and prioritize the achievement of broader goals.)

A typical mystery shopper review would consist of something along the lines of the following:

“The employee failed to give the official FashionMart 4 point company greeting when I entered the store. The associate also took a sip of water while at the counter and leaned on it as well while sipping the drink.”

First off, almost no one follows company guidelines to the letter and the only people who fetishize them are overpaid executive do-nothings whose time is spent dreaming them up and perhaps a few overzealous cultist true believers in retail management. The only other employees that blindly adhere to them are the natural slaves of retail who never question anything and are easily exploited like pawns.

What mystery shoppers and their nefarious puppeteers do not realize, is that they are not entitled to what they have decreed as the ideal shopping experience. Why? Since they are not genuine customers, mystery shoppers do not deserve to be treated like them. By misleading the employee as to their intentions and ultimately wasting everyone’s time, the mystery shopper is not acting in good faith. If the company demands employees that employees make genuine personal connections with shoppers (a demand which is inherently oxymoronic in itself,) this is not possible with the mystery shopper, because everything about the mystery shopper’s interactions is phony. The entire premise they present for their visit is a facade. They are there to spy on you, to trick you, to watch you, and ultimately to catch you in violation of some sacred creedo on a technicality.

An employee can often sense when someone is not genuinely interested and there are all kinds of reasons why they will be inclined to be less helpful. The mystery shopper may have a resting bitch face. They may appear like too much of a busybody. It may creepily show in their eyes that they are sizing the employee up and judging their every move. Truth be told, there are plenty of shoppers which give off such an annoying vibe, that an employee will prefer the customer would just go away, concluding that the person’s business just may not be worth the potential hassle of future customer service issues, inevitable returned merchandise, arguments over warranty, etc.

The worst part about being preyed upon by a mystery shopper though, is the lack of recourse. The employee has no opportunity to face his/her accuser and refute the mystery shopper’s claims. The report is filed, and management accepts the account provided by the mystery shopper uncritically. It doesn’t matter if the mystery shopper was grossly exaggerating, failed to take into consideration possible context or misperceived the entire course of events.

In conclusion, mystery shoppers are among the lowest forms of humanity, right down there with people who eat chips loudly in public places. Employees do not owe them anything but scorn. Retail employees have enough to juggle with in the form of genuinely shitty and irritating customers: middle-aged women that ask to speak to the manager, aging suburban wiggers attempting to shoplift, fat white men with neck tattoos and Star Wars t-shirts that talk shit because they don’t understand purchasing etiquette in the 21st century. The last thing the retail employee needs is a fake customer, whose sole purpose is to tattletale and document behaviors from the perspective of those with dubious motives and a limited understanding of the situation on the ground.