A Glow In the Dark Neverland 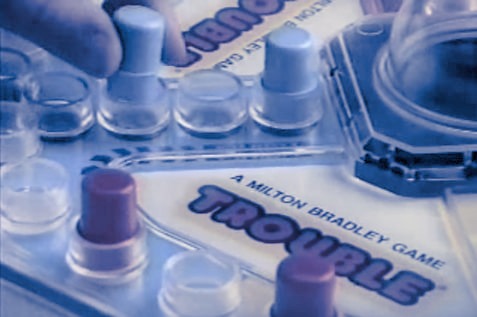 Sometimes I get sidetracked by things, you know…things. It’s like well, I don’t really know what it’s like. Things just happen. They really do. Who can understand what I’m trying to say? Nobody, except maybe you and/or you and/or you, too. For my sake I hope it’s more than one or two of you but not too many of you. I’m saying a lot here, just telling it like it is. Yep, that’s me. It really is me, too. It’s been me this whole time. You figured it out before I did, then forgot it, then figured it out and then forgot again (for the last time.) It’s okay, though. It was my fault you forgot. I didn’t go far enough, fast enough, hard enough, but I never told you why, one way or another. Hesitation is the short version, but think of it as a tree with many branches, a hydra with many heads that I was bogged down battling until the clock pretty much ran out. No point in explaining at this point. You’ve said all that needs to be said.

Words don’t matter anyway. I only recently realized I didn’t need them (or need very few of them.) Most people aren’t capable of understanding you or them. They just can’t communicate on the same level, and for those who can… even one word can be enough. Blah blah blah, blah blah blah. That’s what they say. It’s just code for gibberish and the mark of a subhuman (harsh but true) in the current year. We’ve graduated from words to something else. I’m not a scientist, so I can’t say how it works. It would be nice if I knew, because then I might have some way to control it, or use it in a way which might benefit me, but I don’t. I really don’t. I’m like a wide-eyed teenage boy (trapped in a jaded hipster artfag’s body) who found a pouch of magic coins and is just skipping them into the fountain, one by one, wasting them, conflating them with wishes and hoping one sticks so that I can repeat the maneuver same way until I figure out the mechanism. That’s all it is. It’s in the experimental phase. What a complicated experiment it was.

When I entered the maze, the odds seemed like maybe 10 to 1, but as I made my way further into the labyrinth, the complexity increased exponentially, with previously invisible obstacles appearing left, right, behind, above, and below. Before I knew it the whole fucking thing glowed in the dark and not in cute glow golf date or sexy strip club kind of way. Knowing all this, I stayed in the maze anyway, because I knew there was a chance something like you might be on the other side. 50 to 1…100 to 1 and so on. I stopped checking. Suddenly I found myself running a Gauntlet. And to what end really? No fairy tale endgame in sight. Fine. Even just to meet up once a week and have our secret game of Candyland would have been worth it. It was a place to restart, but the sky was always the limit.

The manipulative forces of the maze are as strong as they are scum, but they have a weakness. They are textbookish philistines, unversed in the language of abstraction. They can deal only in the tangible. Outside of their inflated bubble, they are average. You can see it in the lack of creativity, the market researched memes, the inability to recognize an obscure (high or low) cultural reference. Not to mention, terrible fashion sense. They can’t recognize something superior to them when they encounter it, so they underestimate it. That is how someone like me could manage to break through, (until I was thwarted by hangups and limitations of my own.) Maybe next time a hero with less flaws will show up. The maze has no power over people like us once we’re aware of it. It ain’t true, that your life has kicked you. It’s your mind, and that’s all that’s tricking you…

← Mining For Elizabeth
Beyond the Ice Cream Sea →