The Hand of Calibos 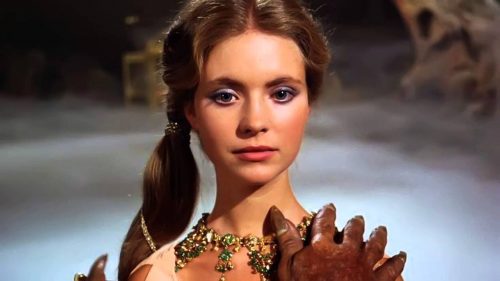 I fear there exists an alternate version of Hollywood’s version of a popular myth, one where Perseus emerges as a much more flawed, tormented and tragic hero. His eyes “open to grim reality” as he awakens in Joppa and finds himself with

no helmet!
no sword!
no shield!

certainly no winged white horses or
severed Medusa heads which have the power to turn gargantuan sea creatures to stone.

Unaided by the Gods, he is left with nothing but his wits, intuition, and a modest level of grating charm. Equipped with only these things, this 4th rate Perseus is tasked with defeating the swamp forces of Calibos, lord of the marsh, in order to free the beautiful princess Andromeda from the clutches of a wretched curse. In this version, it is Calibos who operates with every advantage. Firmly entrenched in the deep swamp, with nearly unlimited resources and acolytes at his disposal, Calibos cruelly and relentlessly manipulates the environment which we have no choice but to clumsily maneuver through.

Andromeda for her part⁠—a far cry from the idealized virtuous and loyal princess⁠—is herself deeply flawed, hopelessly conflicted and tortured by the complex workings of her own troubled mind. Long under the spell of Calibos, Andromeda is unwilling if not unable to separate herself from the treacherous elements she desperately wishes to be rid of. Unsurprisingly, a visit to the oracle reveals a vision of nothing but mathematical improbability. Yet, despite the bottomless pit of disappointment and emotional horror that a royal courtship with Andromeda would inevitably result in, she somehow remains as irresistibly desirable as ever. Myths don’t always have to make sense logically.

It would seem then, that Perseus and his cohorts would be doomed from the get go on this “journey,” destined only to succumb to their own romantic delusions, their heroic dreams swallowed whole by the unnatural conditions imposed by shadowy architects of a marshy maze of misdirection. With Andromeda an unreachable headcase, and Perseus condemned to a fate of flailing about in the syrupy molasses swamp, one might ask “Why bother at all? What is the point of even playing at all when the deck is stacked and the outcome is a forgone conclusion?”

Because Western man is often a foolish romantic, prone to embarking on fantastic quests. He will risk ruining his life for mere sincerity or to satisfy a morbid curiosity. He will jump into a canal filled with grody water in an attempt to save a golden retriever and will do so for no reason other than empathy. Successful heroes bask in the glory of their achievements and savor the spoils of victory. Yet even tragic heroes serve a worthwhile purpose, if not for what they achieve then for the lessons they offer for those after them, whether in mythical, metaphoric form or as simple clues left behind for those who inherit the same mission.

Either way, when “Western” man feels passionately enough about something, whether it’s an abstract idea, a love interest, a nation or a fever dream, he will not hesitate to drown himself in a cause greater than himself, even if he initially dove in for selfish reasons.

If there exists, as I fear, an alternate version of Hollywood’s version of a popular myth…

unfortunately, it appears to be the one we’re in, and we’re in it up to our necks.

← Beyond the Ice Cream Sea