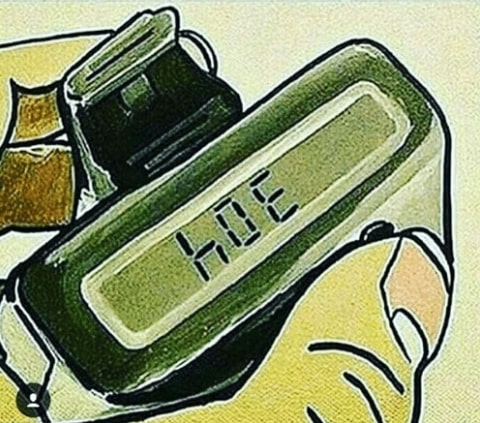 Some of you have never professed your love to a girl by spelling words numerically on a translucent Motorola pager, and it shows. You’ve never known what it feels like to be the boy/girl who cried wolf and paged someone “911” even though there was no critical emergency, and all you wanted to do was just get their attention. You’ve never been on the receiving end either, frantically rushing to a pay phone outside Baskin Robbins, mustering the 35 cents to call the number, only to discover the person was just wondering if you could give them a ride somewhere. You will never experience the euphoria associated with your pager “blowin’ up,” with pages from a welcome romantic interest or uneasy dread that accompanies the uninterrupted flurry of spacelike electronic beeps from a scorned lover…the emotional energy seemingly to physically emanate from the illuminating device.

If you own a cellphone, you might think you could relate, but with the pager there were no words, no images, no voice, only the numeric digits which spell out the only things which matter to a teenager. There was also that abstract language of intensity and frequency understood only to those of a particular place and time. The pager in this sense, heightened the intuition and psionic sensitivity of the user. “Pager battles” may have been fought with a limited vocabulary but the high drama conveyed was perceived at the extra sensory level. I wouldn’t have even needed to spell out 31723170717 or 1*177155*400 to Laura Wenz in the summer of ’97. She would have just known.

I did get to experience these things, and sometimes I feel as though I would like to experience them again. Occasionally, I look at those old pagers on ebay, hoping to find a translucent teal model identical to the one I once brandished, securely clipped to the front pocket of my Faded Glory jeans as my friends and I skateboarded around North Phoenix strip malls and the campuses of Chaparral and Paradise Valley High School in the
middle of the night. I even think about buying one of those pagers and actually using it again just to hear the sounds and reconnect with…something.

The trouble is, there is no one left to page and no one left to be paged by. Laura and Jen and those Chaparral girls are all long gone, married with multiple children and have long ago stopped visiting the overgrown mental neverland I’ve continued occupying this entire time, and they won’t ever be back. If I bought a pager, how could I even activate it? What would I even use the damn thing for besides meditation and self-hypnosis? In the post-Columbine age of school shooters, those high schools which we were once free to rampage through at all hours like wilding young centaurs, have long been placed in a state of permanent lockdown. Roaming anywhere remotely in the vicinity seems out of the question, and no cop would ever believe my story in a million years if I told them what I was actually doing there.

← Quantum Boomer – A Look Back At Quantum Leap
Mining For Elizabeth →